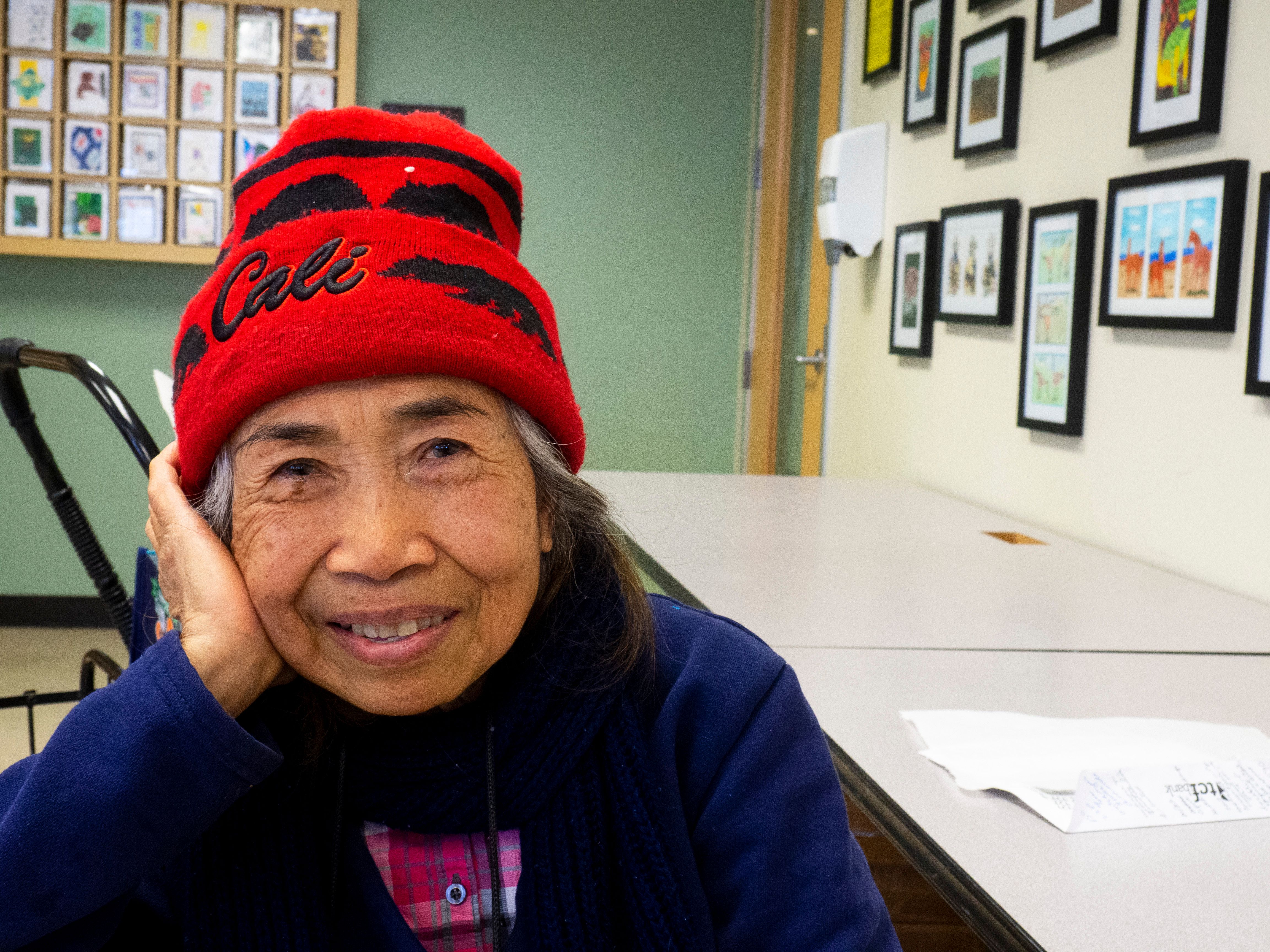 Just 19 years old and new to Denver, Corazon sold the watch her father gave her so she could pay her rent. In those early days, she said, “I would eat a single slice of bread and drink many glasses of water until I could pay for food again.”

Corazon, now 77, is one of the 2.9 million US women and 35,000 Colorado women over the age of 65 who are experiencing poverty[i]. Women are more likely to live in poverty at every stage of their life, and a woman’s longer life expectancy means the lower wages and financial hits they took throughout their life must be stretched further, but a dollar can only stretch so far[ii]. It is clear: as the Baby Boomer generation ages into retirement, women are aging into poverty.

Corazon was a member of the working poor throughout her life. In 1960, she made $1 an hour as a file clerk, but will tell you with excitement that at one point in her life, she made $1.50. At that time, the average wage was $3 an hour. Now, today’s women make 79 cents to a dollar that a man makes, and it is worse for women of color, who earn 63 cents to a man’s dollar. In addition, two-thirds of low wage jobs are held by women[iii].

Lower incomes mean lower Social Security benefits; a woman’s annual benefit is $4,000 less than a man’s[iv]. Returning to work will not make up for the difference: Women over 50 earn just 58 cents to every dollar a man of the same age earns[v]. Over a lifetime, all of these factors equate to nearly half a million dollars in lost wages[vi]. Lost wages that Corazon needed.

After her husband was diagnosed with cancer, caregiving resulted in more lost wages for Corazon. This is common: women are three times more likely to retire early so they can become a family caregiver. But when they do, women lose an average of $324,000 over their lifetime[vii].

Corazon has outlived her husband and now depends on her single, fixed income. A woman’s increased life expectancy means that one in four women over 75 live alone[viii]. After becoming a widow, she became homelessness for a period of time.

Medical bills caused further financial strain. In 2007, Corazon suffered a head injury when a driver hit her as she was crossing the street. Corazon was already paying more for healthcare; before the Affordable Care Act (ACA) banned gender-rating, women paid higher premiums. This practice is estimated to have cost women over $1 billion annually[ix].

Women have earned less throughout their lives. Fixed incomes, medical bills, living alone and a longer life expectancy means that their situation is only going to get worse.

At The Gathering Place, we’re here to help women at every stage.

And at The Gathering Place, Corazon is always smiling.

She relies on us for meals—she no longer needs to subsist on a single slice of bread and water—as well as access to healthcare. “The staff has a great quality of care,” she says, “It is truly a safe place here.”

Through our social enterprise Art Restart, this art is turned into retail products from which the artist earn a royalty. Corazon loves that she can earn an income from her art. “I am here to improve myself and others,” she says.

Perhaps most important, members like Corazon find a sense of community, belonging and purpose. She says, “There is so much more I still want to do with the limited time I have left.”

[i] The Henry J. Kaiser Family Foundation. 2018. "How Many Seniors are Living in Poverty?."

[viii] Center for American Progress. 2008. "Elderly Poverty: The Challenge Before Us."