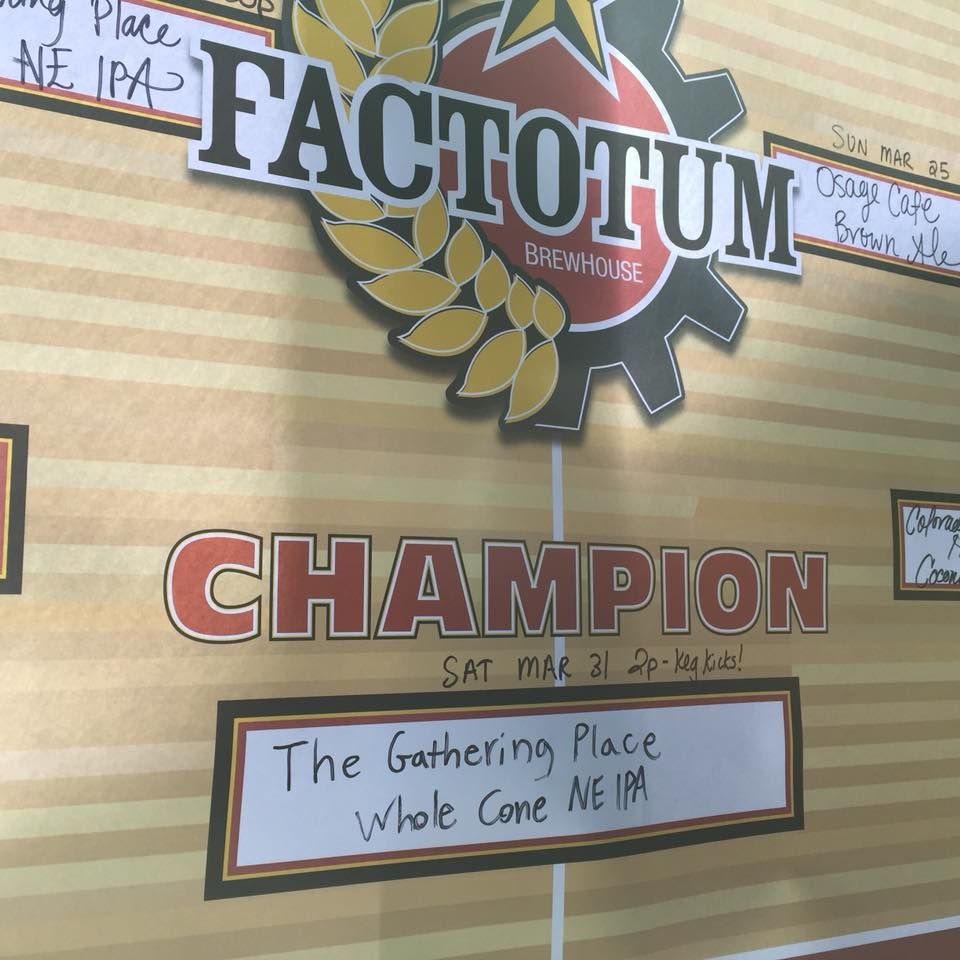 The Gathering Place's New England IPA took home the Factotum Brewhouse Brewer's Madness championship on Saturday, March 31. In Factotum's annual tournament, 16 charities and nonprofit organizations worked with a brew master to brew their own beer and compete against other local organizations to determine a winner.

In the four rounds The Gathering Place participated in throughout the month of March, an average of 44 people attended to vote for our IPA. Thank you to everyone who showed up and voted for our brew. Factotum will donate $1 to The Gathering Place for every vote our beer received!